Miss the lighting of Vancouver’s Olympic Cauldron when it was lit for two hours on Thursday, February 8, 2018 to honour both the Canadian athletes competing at the 2018 Games and the host city PyeongChang, South Korea? This 360 photo of the lit Vancouver Olympic Cauldron celebrates the 2018 Olympic Winter Games. Bask in the hope that we have for our athletes as they compete in the Winter Games as you take in the views of the cauldron in Jack Poole Plaza at the Vancouver Convention Centre. The cauldron will be lit again on March 17, 5-7 p.m., in advance of the Closing Ceremony for the 2018 Paralympic Games. See you there! 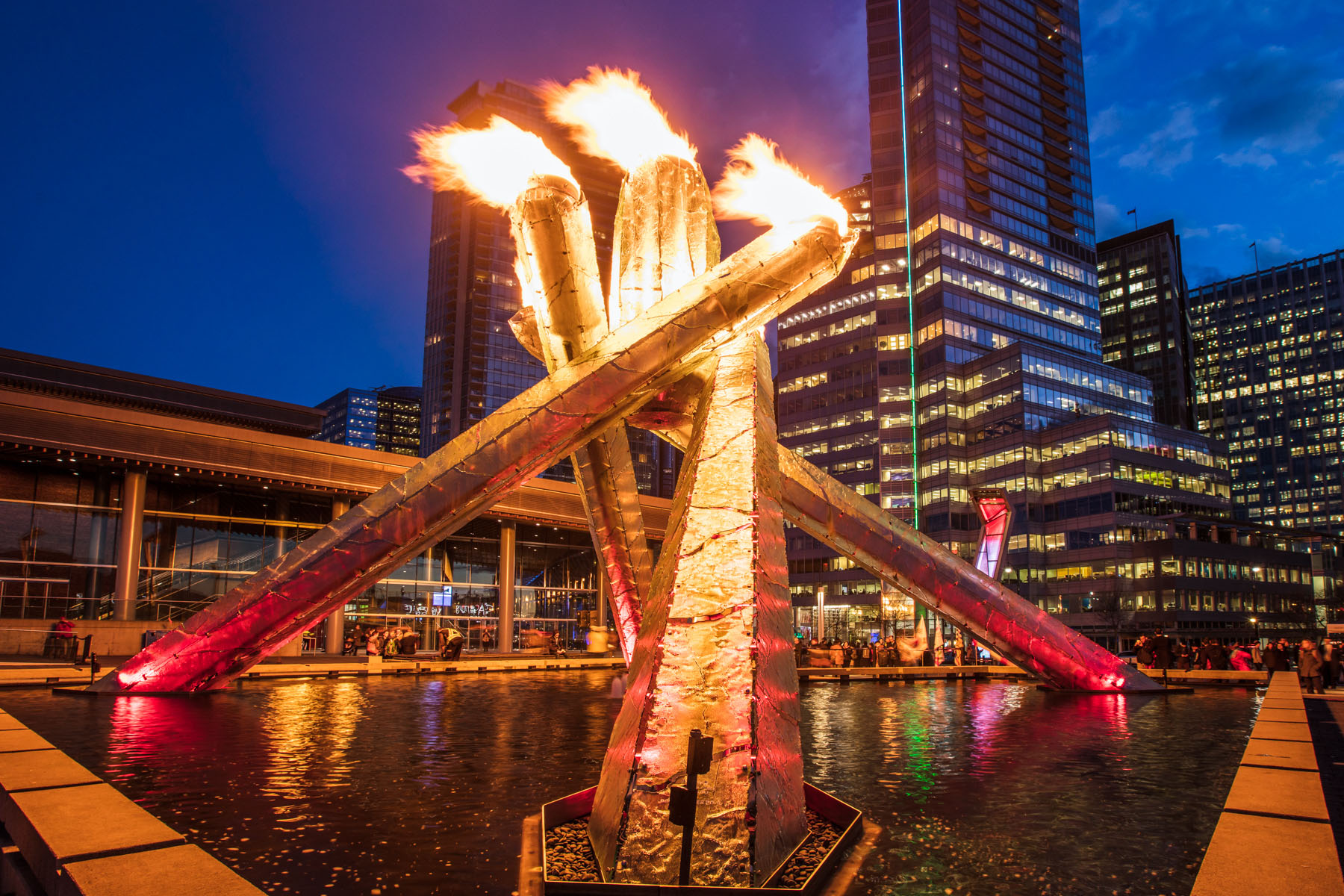 We partner with destinations and experiences to create and amplify content that excites the senses and stirs the curiosity.